The Writing on my Forehead by Nafisa Haji 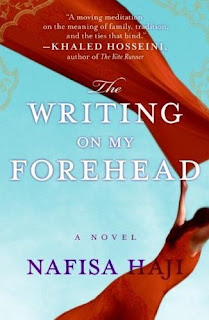 This sounds so interesting! I hope my library has it. :)

Eva, Thanks for dropping by! I just had a quick look at your blog and by the looks of it, it seems like you are such a voracious reader :) I'll come back for more reviews. Good luck with finding this book at your library.