The Beijing of Possibilities by Jonathan Tel 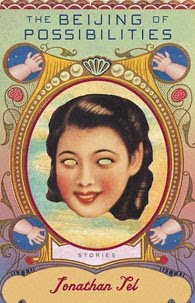 Chitts, what happy synchronicity, I finished "BOP" today and was about to post a review when I saw yours. Mine is a really short review so for anyone that might want to read something more detailed, I'll be sure to link to yours. Is that alright? You did an amazing job on the review and I am very glad to see you enjoyed the book!

Angie: I look forward to reading your thoughts on it, however short it might be. I would be pleased to have your review linked up to mine. Thanks much for letting me know about this book!

Chitts, I was editing my review this morning and found myself scribbling more and more onto the page which means, it's not such a brief review anymore! lol It's one of those books, isn't it, the more you think about the stories, the more that is revealed! :)

Ang: I totally agree with you on that, having come back and edited the post myself!