The Japanese Lover by Rani Manicka 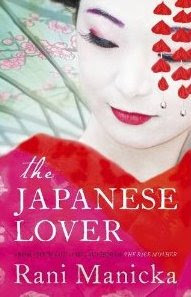 Author: Rani Manicka
Edition: Paperback
Pages: 448
Publisher: Hodder & Stoughton
From the blurb:
“Parvathi leaves her native Ceylon for Malaya and an arranged marriage to a wealthy businessman. But her father has cheated, supplying a different girl’s photograph, and Kasu Marimuthu, furious, threatens to send her home in disgrace. Gradually husband and wife reach an accommodation, and the naïve young girl learns to assume the air of sophisticated mistress of a luxurious estate. She even adopts his love child and treats Rubini as her own daughter – a generous act which is rewarded by a long-wished-for son.

But it is a life without passion, and Parvathi dreams of loving – and being loved – with complete abandon. When the Japanese invade Malaya, in WW2, they requisition the estate. Marimuthu dies and Parvathi is forced to accept the protection of the Japanese general who has robbed her of her home. For the first time, she experiences sexual ecstasy. And gradually, her sworn enemy becomes the lover she has always yearned for”

This book holds a special place in my heart and on my bookshelf, because it came to me as a birthday gift from my dear blog friend Susan Abraham. Susan, a gifted writer and a bibliophile, runs her own blog here. Her irresistible love for books reflects deeply in every one of her posts. She has such a divine gift with words and her thoughts and expressions on books clings to your skin like a sweet fragrant perfume just applied. It had been long since I had read anything Asian, so I couldn't resist myself when she offered me a copy.

As soon as I unwrapped, the first thing I noticed (apart from the new book smell that totally sedated me) was the truly gorgeous cover - a picture of a geisha dressed in a 'kimono' holding an umbrella designed with cherry blossoms. The strikingly contrast colors on her dress, the brilliant red shade of paint on her lips, the long curvy eyelashes entirely mesmerized me and I was rooted on the spot gazing at the cover for several long minutes. When I read the blurb, I was hooked and could hardly wait to finish it. I read it over the next several days, I loved the character names since they were very Indian and it seemed like the right kind of novel for my mood. Also, I was hoping to learn more about the Japanese invasion of Malaya since the novel was set during the WWII period.

Much to my dismay, I walked away feeling rather ambivalent about this book. I liked the book to some extent, don't get me wrong. However, it didn't satisfy my cravings on a deeper level. In fact, I thought some of the characters were not fully developed as I needed more depth in the story to understand them well enough. Parvathi who married the ill-fated husband, was rather submissive, inert. She relied on Maya, her cook, healer and a spiritual being, to make her choices and confront her enemies within. She was too fragile and weak showing no exuberance whatsoever. When She fell in love with the Japanese General, I still couldn't feel the intense love and longing she felt towards her lover. Perhaps because, it was written from Parvathi's perspective alone. It would have helped immensely if the author had included a few love letters or such from her Japanese Lover so the readers can truly feel the intense love she experienced. The book touched lightly on every subject - love, betrayal, spiritualism, WWII but never went indepth on any of these, which left me confused and unhappy altogether. Especially, I struggled to connect with the spiritual aspects of the story, as they seemed to be out of place for me. Having said that, I don't mean to say that I hated the spiritual parts of it, In fact, I loved to read about Maya's take on life as such and I looked forward to reading more as I progressed deeply into the novel. However, it just didn't blend well with the story as it was told.

More than anything, I was a little disappointed that the author failed to brief upon the Japanese reign over Malaya during the WWII. There were bits and pieces to certainly whet your appetite, but nothing more. Certain times, the story almost stalled with long periods of mourning and yearning adding a melancholy tone to it, so be warned. One chapter that I really liked was how the Japanese Lover tied a kimono around her. I had always been inquisitive about how a kimono was worn and my thirst was finally quenched. The gossiping women of the Black Umbrella Club to which Paravathi belonged to, the herbal concoctions Maya brewed to heal her patients illnesses or the temple discovery and reconstruction that took place in the jungle behind Parvathi's mansion utterly failed to pique my interest. Not much focus on Malayan culture, tradition or the Japanese counterpart. Overall, it was just the story of Parvathi, a ceylonese immigrant, getting married to a rich, yet ill-fated business man and finding her true love in a Japanese General. The premise seemed intriguing, promising, but the author failed to build anything interesting upon it. Not a gripping tale, yet a definitely readable book.

The House of the Mosque by Kader Abdolah 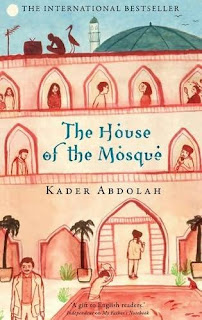