Lisa See, the author of NewYork Times Bestseller 'The SnowFlower and the Secret Fan' appeared last night for the Bee Book Club at the Tsakapoulos Library Galleria in downtown Sacramento, for her latest novel 'Peony in Love'. Set in 17th century China, the book is a coming-of-age story of Peony, a young 16-year-old who become obsessed with the opera 'The Peony Pavilion'. Talking about her latest book, See mentioned "It's based on a true story about three young women who were married to the same man. They were part of a category known as 'Lovesick Maidens,' women who would catch a case of lovesickness, waste away and die. Their poetry and stories would be published after their deaths. It's another piece of cultural history that was lost". 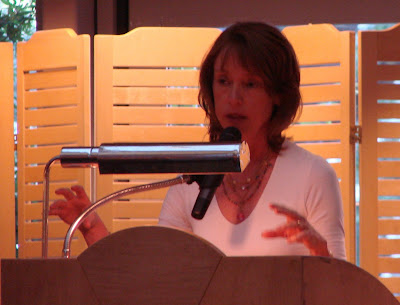 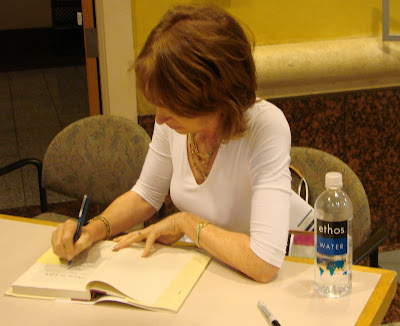 She shared with the audience some interesting facts about the History of China, opera 'Peony Pavilion' and Chinese afterlife. Here are some:

1. Foot-Binding, an ancient custom in China began in the 10th century, during the late Tang dynasty and lasted over a 1000 years, is a tradition of binding a young girl’s feet by bending the toes inward and breaking the arch of the foot, so that the women’s feet would fit the ideal “golden lotus”. Young girls endure the agonising experience of having their feet broken and squished, over a period of 2 years, so that its no more than the size of a thumb. Why would they do it? Well, for several reasons.

If her foot was not bound, she was more like a man and would bring shame to the family. Also, with a bound foot, she could walk more beautifully, resembling flowers in the wind, showing more diginity. Foot Binding was often a prerequisite for marriage. “A daughter carried the reputations of her family and her husbands family on her bound feet” was a common belief and a man from a reputed family will not marry a woman with a larger feet.

2. Chinese celebrate the dead often and believed in several kinds of ghosts, of which 'Hungry Ghost' is noteworthy of mention. 'Hungry Ghosts' can never become ancestors and are often unmarried girls. They can walk only in straight lines, are scared of ferns and loathe mirrors. As the name suggests, they are always hungry and wandering souls, but on the 14th day of the seventh full moon, a feast was offered for the hungry ghosts. It was believed that they come out and stuff their faces with food and go back to the underworld, destined to roam in agony until the next Feast. Another kind, the 'Barber Ghost' which has a special fondness for men, often shave the heads of sleeping men leaving an indelible mark forever.

3. 'Ghost Weddings' was another ancient tradition observed in some parts of china, where families seek 'ghost bride' as an afterlife spouse for their dead sons. In parts of Shanxi province, farmers match suitable skeletons and organise engagements, weddings, gifts, dowries and celebration dinners for the families.

About Lisa See: Born in Paris, she grew up in Los Angeles, spending much of her time in China Town. She has over 400 relatives in LA China town alone. She grew up listening to her grandmother's stories about China and its culture. Her first book, On Gold Mountain was a family memoir of the journey of her great-grandfather, Fong See, who became the 100-year-old godfather of Los Angeles’s Chinatown and the patriarch of a sprawling family. As far as her writing goes, she gets very obsessed with her characters and she is never done with them even after the completion of the book.

Next Book: 'Shanghai Girls' (tentatively named), follows the lives of two sisters growing up in 1937 Shanghai who travel to United States after arranged marriage, and settle down in China Town called the 'China City'.

Last but not the least, the Bee Book Club also hosted a raffle prize game and guess who the winner is ;) 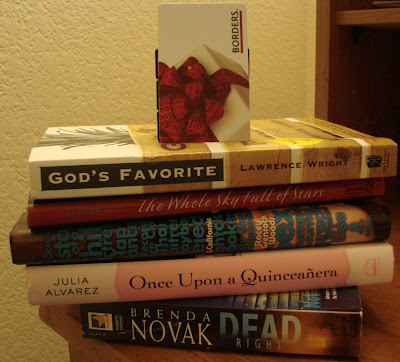 Quite an eventful day, overall! And, how incredibly lucky I am to win the raffle :) What next? Well, Read 'Peony in Love'.

Wow, fancy hearing Lisa See speak at this event and then to win that lovely bundle books, you are a lucky,lucky girl Chitts!!!

Did you buy her book "Peony in Love"? I just read it and if you're a lover of Chinese history and social customs you're in for a huge treat!

Thanks for letting us know about Shanghai Girls, I will be keeping my eyes peeled for that one!

@Lotus - Indeed, I felt incredibly lucky! Your review of 'Peony in Love' prompts me to dive into this book as soon as I can. I have a library copy waiting for me :)